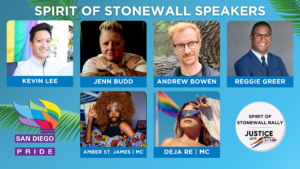 Our MCs and speakers will bring both justice and joy to the Rally stage, offering inspirational stories and words from the trenches of their work for social justice. Learn more about each of our speakers here. 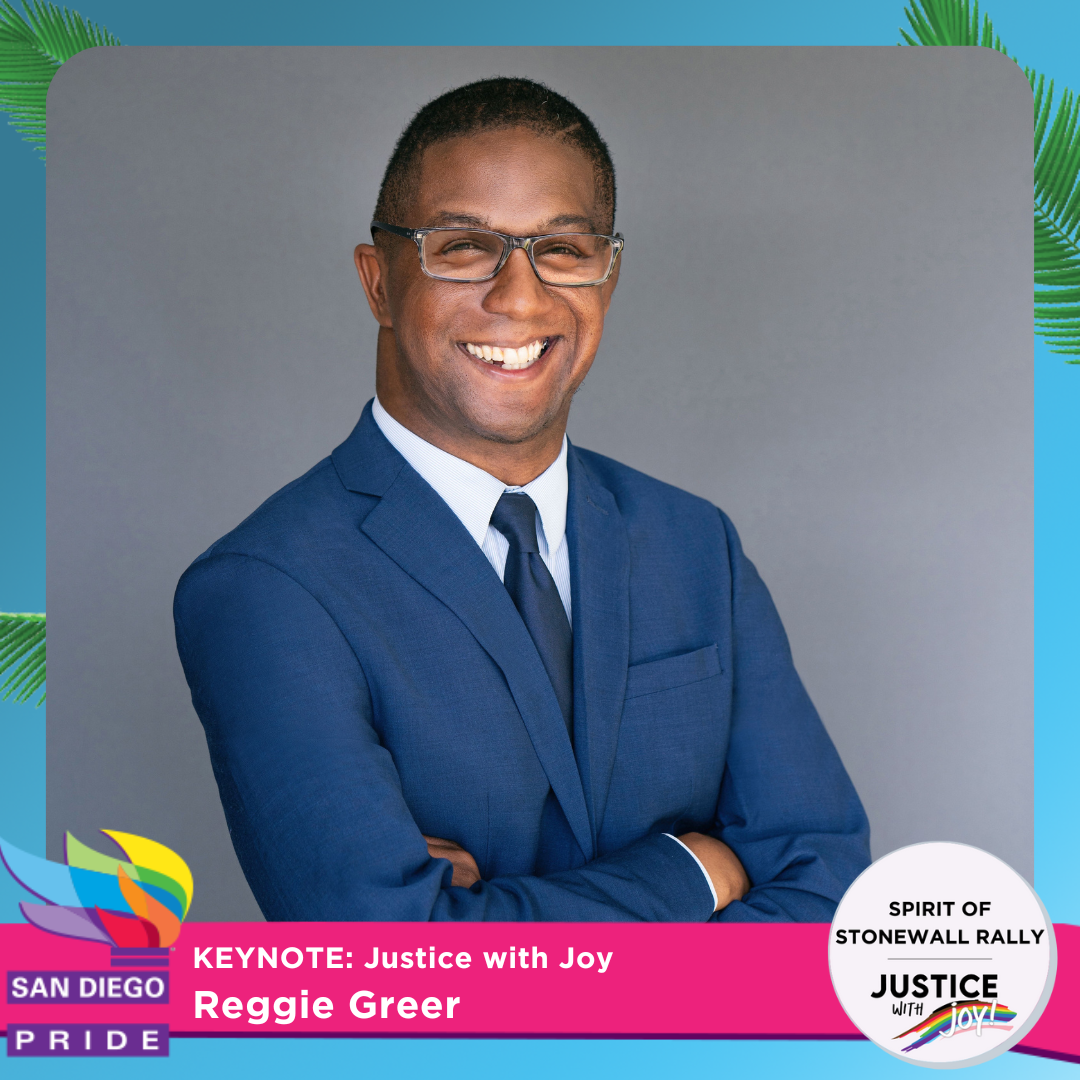 Reggie currently serves in the Biden-Harris Administration as Senior Advisor to Jessica Stern, the U.S. Special Envoy to Advance the Human Rights of LGBTQI+ Persons. He previously served as White House Director of Priority Placement and Senior Advisor on LGBTQ+ Engagement for President Joe Biden as well as LGBTQ+ Engagement Director for the Biden-Harris Campaign. After several years working in engagement-related roles, Reggie joined the Biden-Harris campaign after serving as Constituent Engagement Director at LGBTQ Victory Institute where he supported LGBTQ+ elected and appointed leaders around the country. 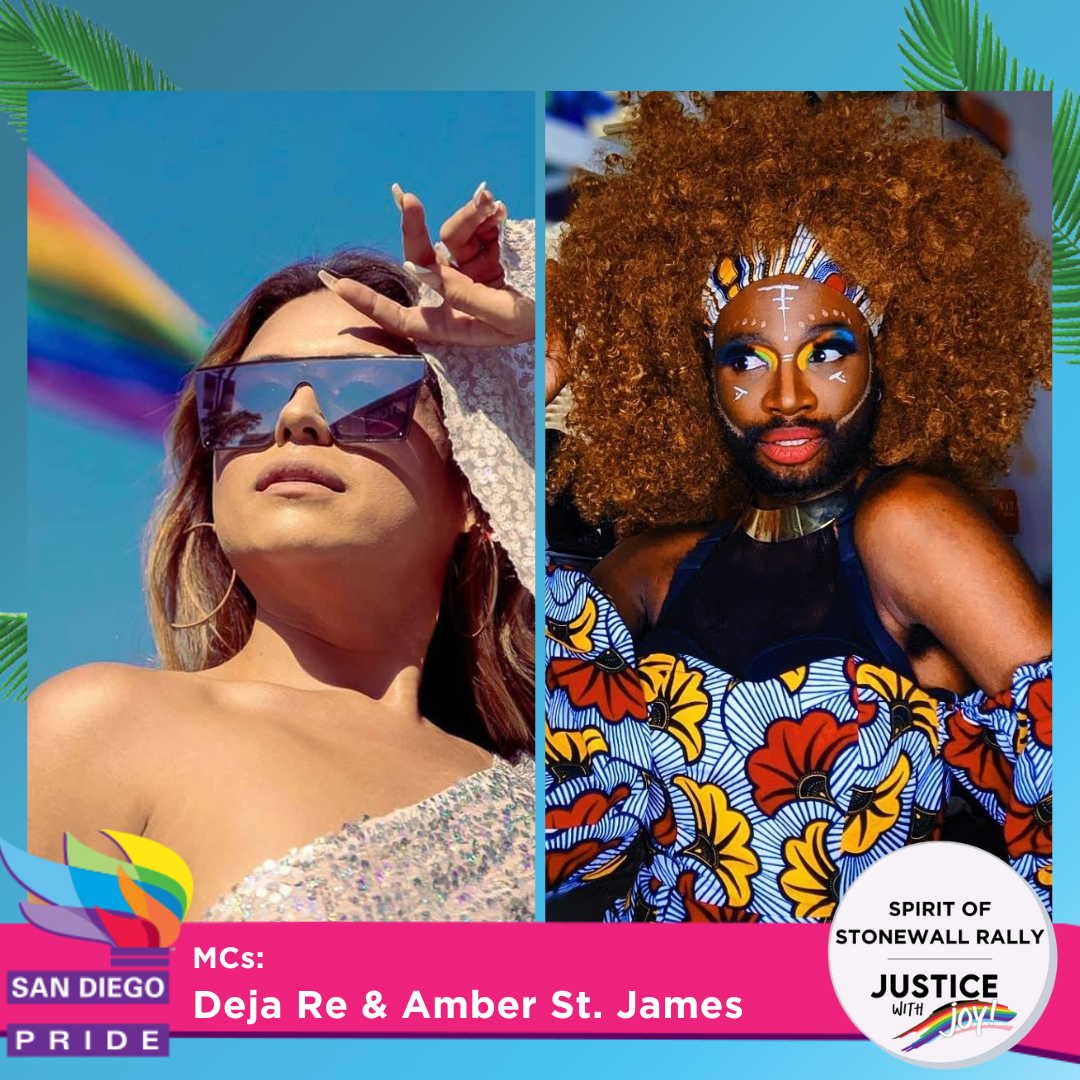 Amber St. James is known for their revolutionary activist work in and out of drag and their entertaining high energy performances. Deja Cabrera taps into her well of charisma, uniqueness, nerve and talent in her day job at the San Diego LGBT Community Center and in her life as an activist and performer. 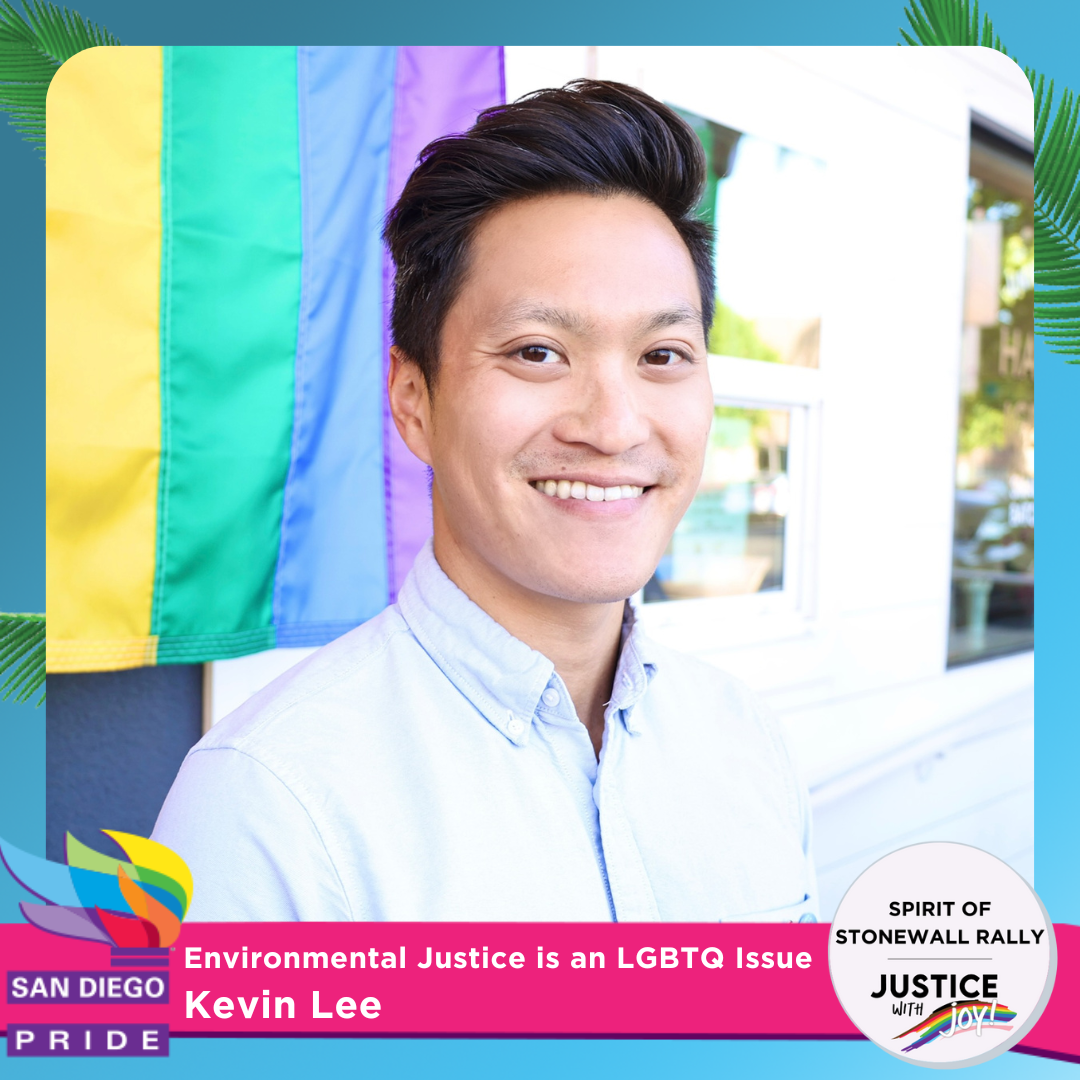 Environmental Justice Is An LGBTQ Issue 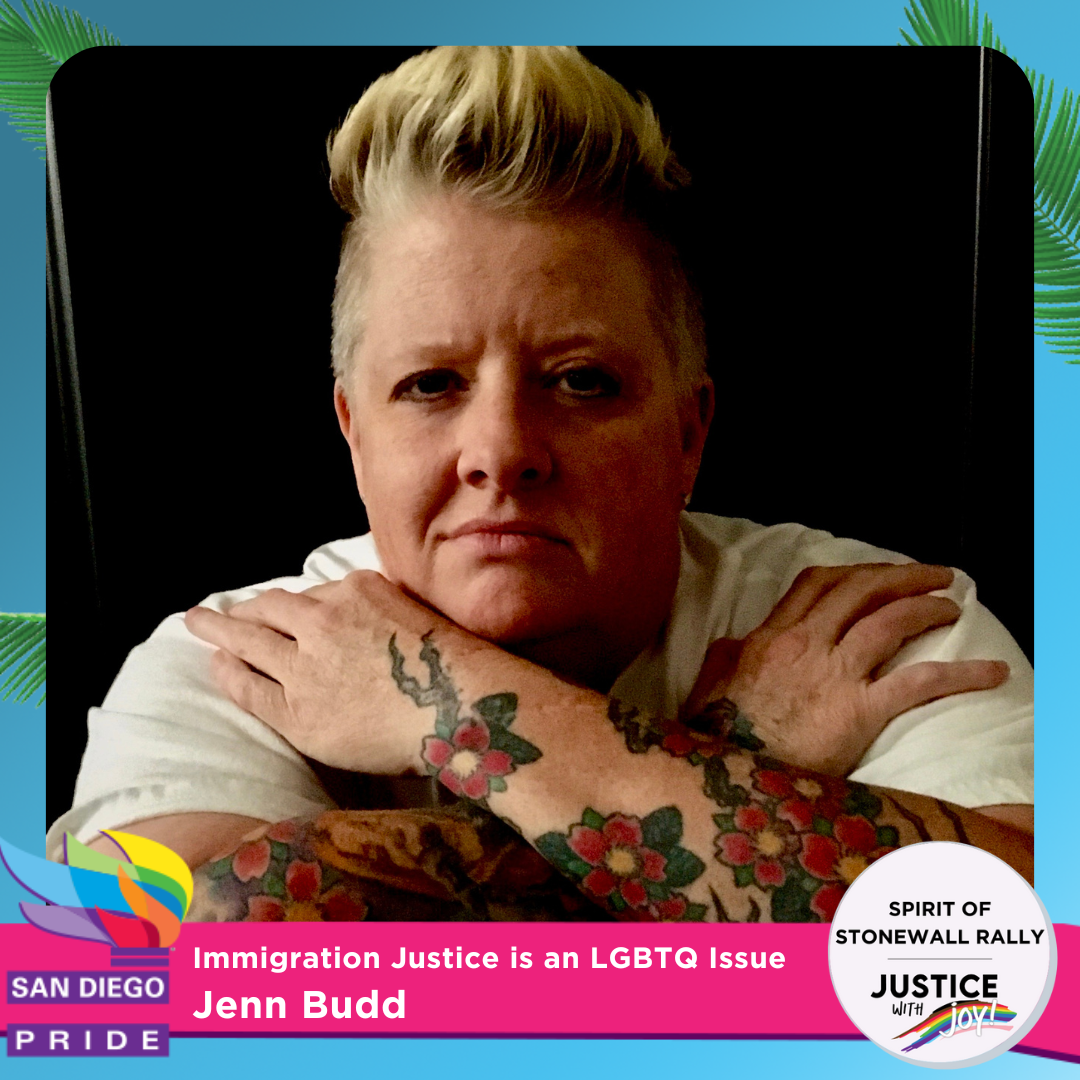 Immigration Justice Is an LGBTQ Issue

Jenn was a Senior Patrol Agent with the U.S. Border Patrol in San Diego and an intelligence agent at San Diego Sector Headquarters from 1995 to 2001 when she resigned in protest because of the corruption and brutality she witnessed. Since 2015, she speaks out on national and local news, community panels, podcasts, and radio. 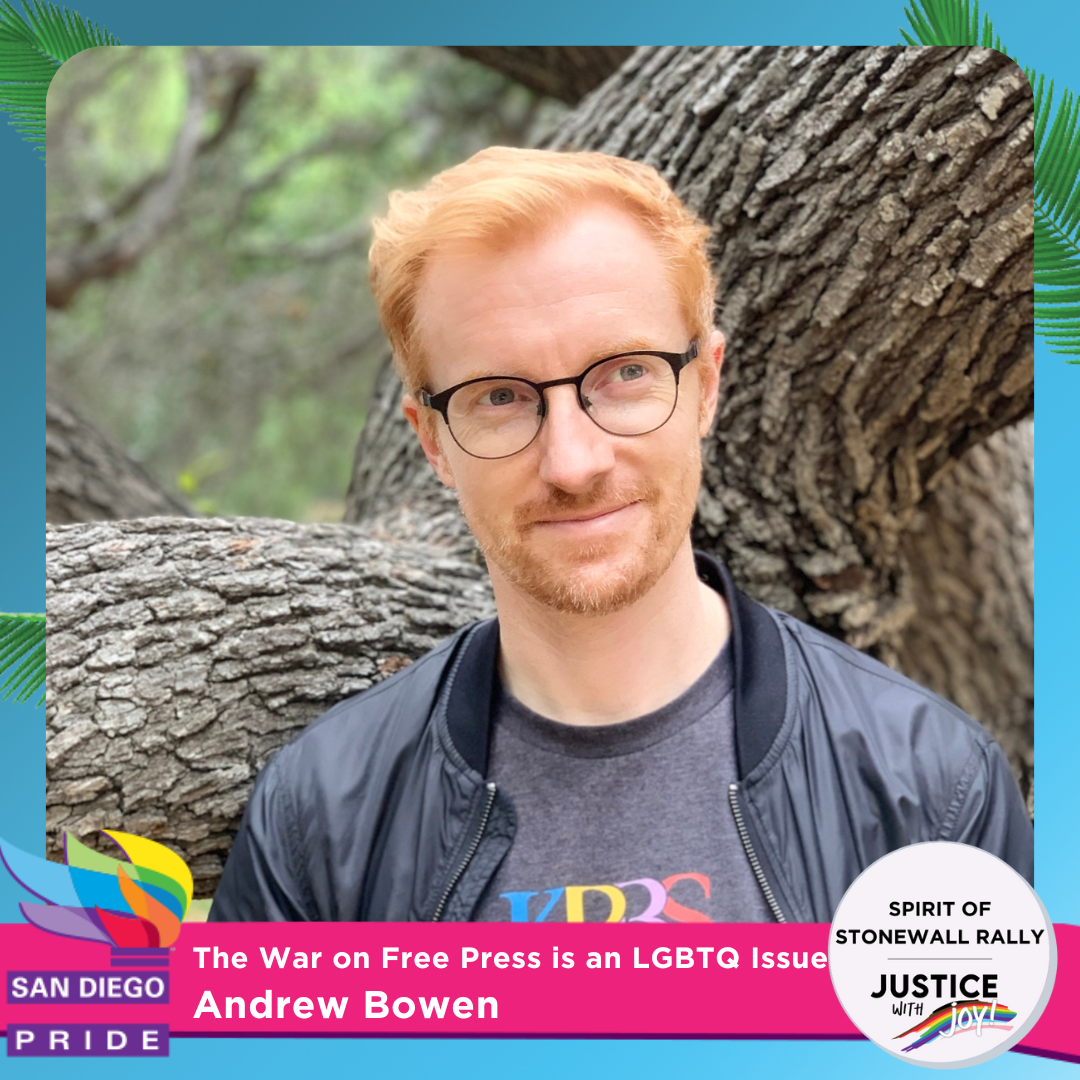 Free Press Is An LGBTQ Issue

Andrew is the metro reporter for KPBS, covering a broad range of issues surrounding local government. His reporting has won numerous awards, including the 2020 Best Social Media Personality Award and 2019 Gloria Penner Award for Political Affairs Reporting from the San Diego chapter of the Society of Professional Journalists. As vice president of San Diego SPJ, Andrew has led trainings for his colleagues on how to cover the LGBTQ+ community and advocated for greater LGBTQ+ representation in newsrooms.