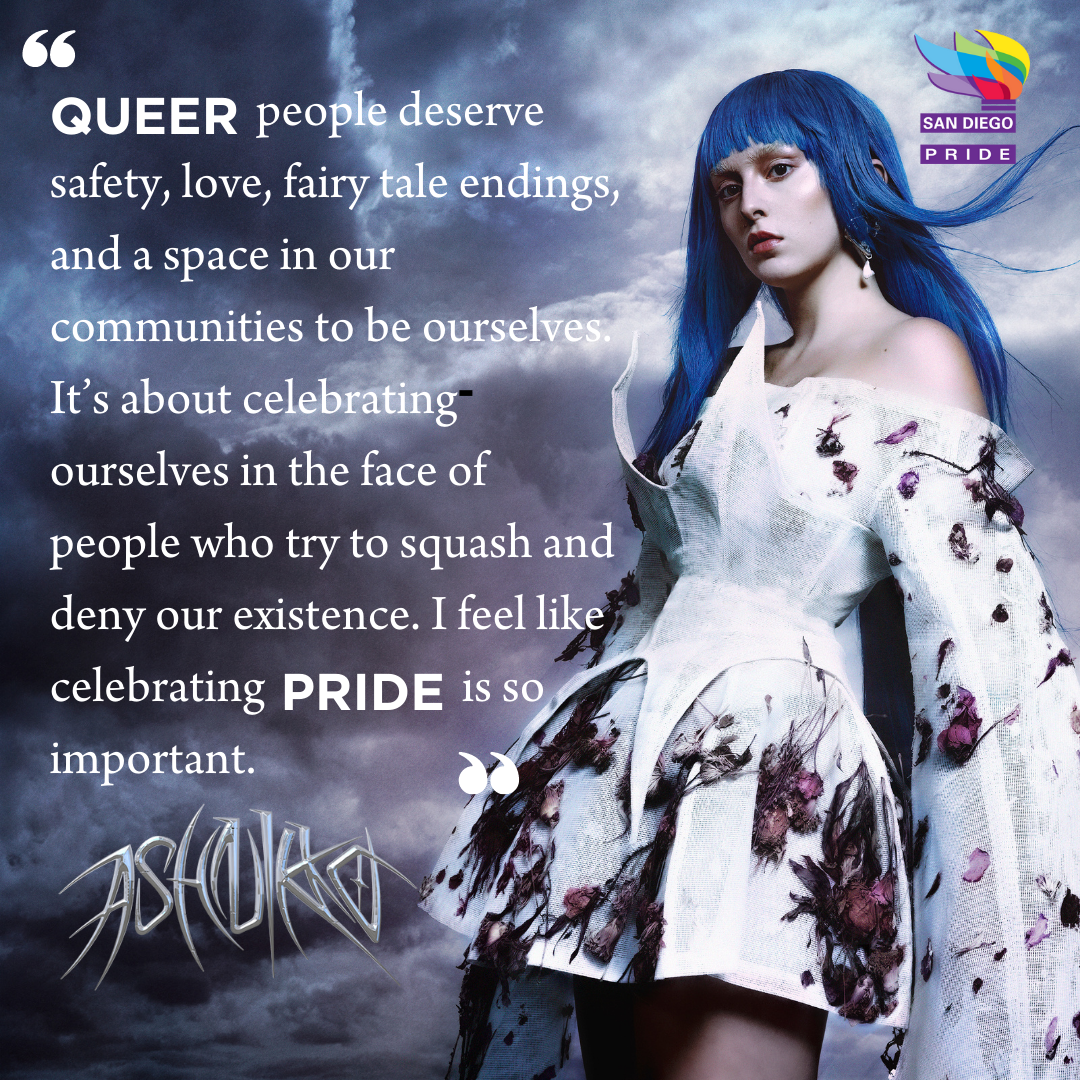 Ashnikko is the blue haired pop provocateur whose music ricochets around themes of empowerment, vengeance and sexual positivity. She released her debut mixtape DEMIDEVIL, earlier in the year, in which she swung punches at the patriarchy and turned the male gaze on itself again and again. Ashnikko tackles life head on with brutal honesty and side splitting humor – nothing is out of bounds!

2020 was a whirlwind for this rising star; turning heads on the BRIT’s red carpet with her subs in tow, touring with Danny Brown, joining forces with Grimes on track ‘Cry’, collaborating with Music Week Award nominated Beats by Dre campaign and pre-lockdown confirming three sold out headline shows in London and a Doja Cat support tour. Having also sold out her entire DEMIDEVIL UK and US tours in autumn of 2021, Ashnikko’s ‘Daisy’ was nominated for Best Push at the VMA’s, Best Contemporary Song at the prestigious Ivor Academy Awards and ends the year by releasing two very special polarized and personally reflective singles ‘Panic Attacks in Paradise’ and ‘Maggots’.