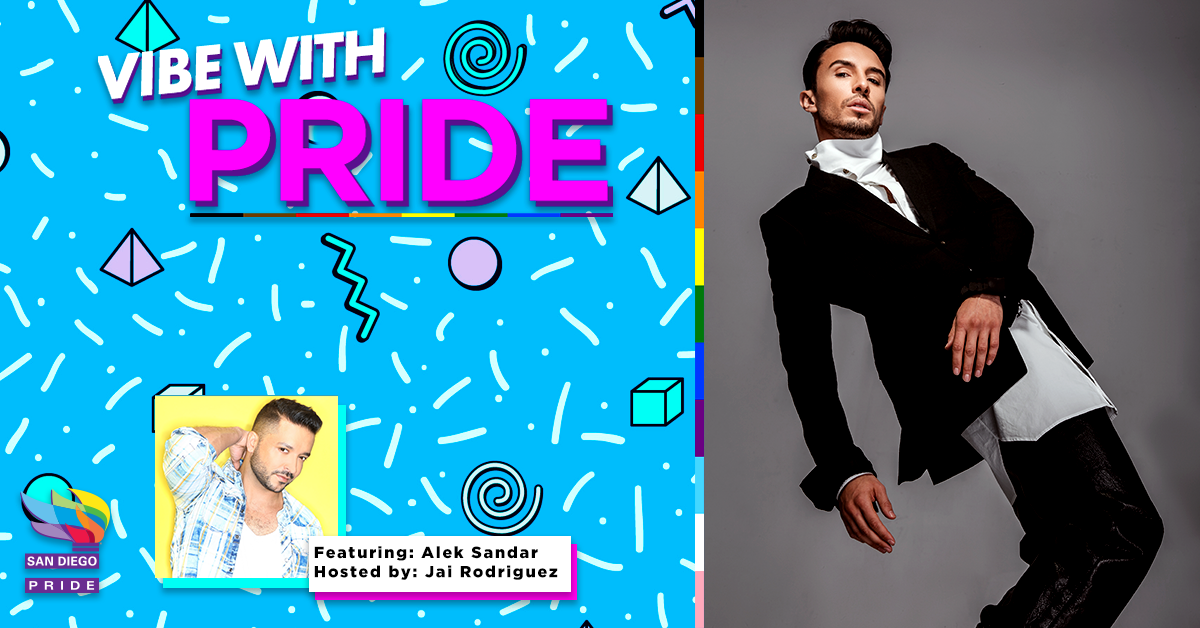 RSVP Add to Calendar
Join San Diego Pride for our series, Vibe with Pride, as we spotlight LGBTQ artists and promote visibility, equality, and empowerment. Hear directly from artists who are keeping the beat going during the pandemic.
For October, host Jai Rodriguez will be in discussion with Alek Sandar!
Series proudly presented by Tito’s Handmade Vodka.
Known for his collaborations with Juicy J, Andrea, Amanda Lepore, Desi Slava, Galin, Oscar Loya, and many more, Alek Sandar is a singer, songwriter, and producer based in New York City. Born in Bulgaria, Alek performed on TV and on the radio at the early age of five. He moved to Germany where he started composing and producing at the age of twelve. After moving to New York in 2009, Alek became part of the avant-garde club scene and worked as a DJ / performer of EDM and house music. In recent years, Alek has produced many commercial hits in Bulgaria, some of them winning music awards and top positions on the charts for weeks. Alek starred in the TV shows VIP Brother / Celebrity Big Brother in Bulgaria in 2016. His discography includes the radio singles, “Yerba”, “Ride”, “P.O.R.N.”, “You and Me”, and “Say That You Love Me”.
Instagram – @alek_sandar
TikTok – @alek_sandar
Youtube – youtube.com/c/AlekSandarTube