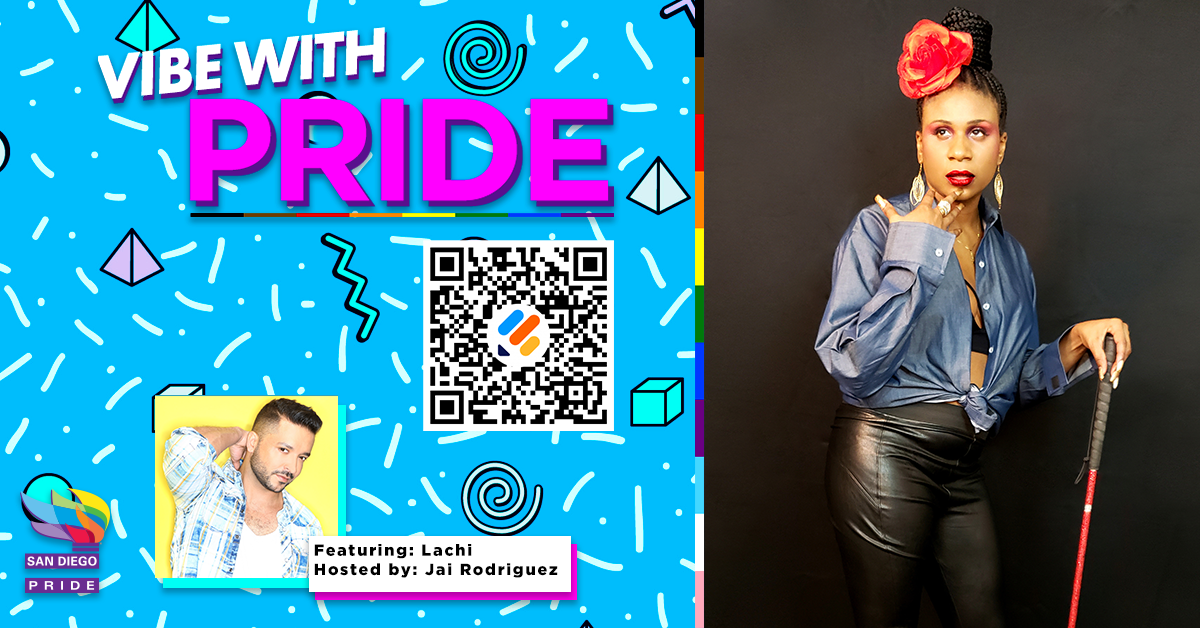 RSVP Here Add to Calendar
Join us for our series, Vibe with Pride, as we spotlight LGBTQ artists and promote visibility, equality, and empowerment. Hear directly from artists who are keeping the beat going!

Award-winning creative artist, actress, and record producer Lachi has been profiled in Forbes, Essence, The New York Times, and more for her voice as an Inclusion advocate. From presenting on national stages at the Recording Academy, Adweek, the National Endowment for the Arts, to performing at global disability pride events, to hosting a PBS American Masters segment, to co-chairing a GRAMMY committee, Lachi has gained an international platform on Inclusion in the Music and Entertainment industry.

As a recording artist, Lachi boasts millions of streams across platforms, having released tracks with independent and major producers and labels across the globe. Collaborating with the likes of Snoop Dogg, Apl.De.Ap, Styles P, Markus Schulz, and Maduk, Lachi has seen her music debut on national charts, featured on national TV, FM, and radio, major playlists, feature film, and twice Independent Music Awards nominated. Well known for her dynamic toplines and cheeky lyrics, Lachi is a go-to-singer songwriter in Dance and Pop EDM.

Named a “Blind Influencer” by Influencive, Lachi has also been featured in the Huffington Post, American Songwriter, and Music Tech Magazine among others for her work bringing disability inclusion in entertainment into mainstream discussion.