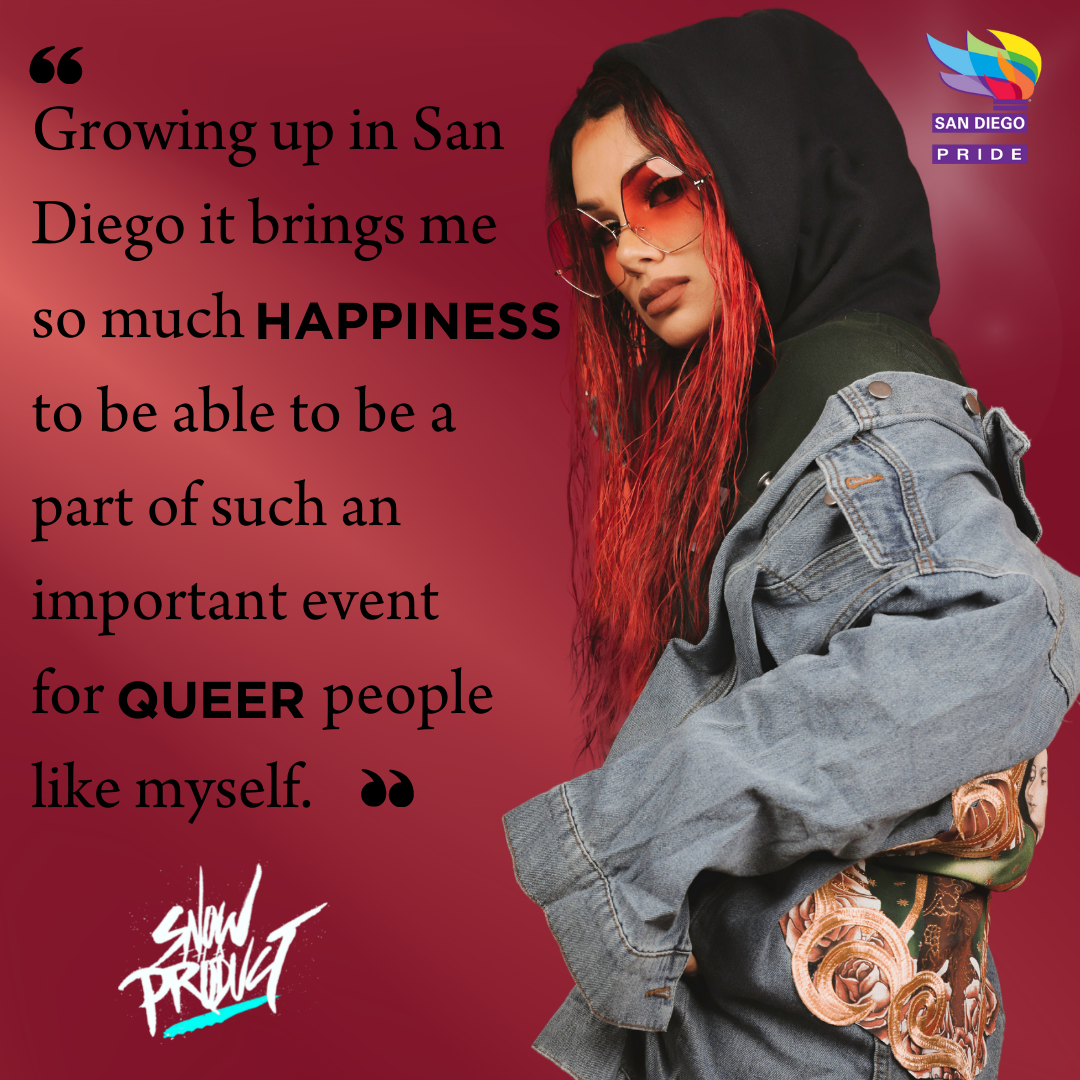 Singer, rapper and actress are just a few of the many ways you can begin to describe musical powerhouse, Snow tha Product. Born Claudia Feliciano, the Grammy nominated bilingual rapper has garnered massive recognition following her bright melodic hits, collaborative projects and heavy social media presence. On what some confuse the rappers stage name as a drug reference, Snow was inspired instead by Disney’s character Snow White and found the stage name to be as a division between her public and personal life. Born in San Jose and raised in San Diego, the rapper first emerged into the public eye, after capturing the attention of Latin pop artist Jaime Kohen who featured her on his 2009 hit “Alguien.”

After spending years as an underground artist, the bilingual rapper began to receive recognition after featuring notable artists in her projects such as Tech N9ne and Ty Dolla $ign. Pushing her musical career even further, she signed with major-label Atlantic in 2013 where she released hits, “Play,” “Doing Fine,” and “Hola.” In 2016, the San Jose native released her eight-track EP, Half Way There…, Pt. 1 and was featured on The Hamilton Mixtape along with rappers K’naan, Riz MC, and Residente on the track “Immigrants (We Get the Job Done)” which music video won a VMA in 2017. Her viral breakup anthem “Waste of Time,” as well as “Nuestra Cancion, Pt. 2 (featuring Arcangel) showcased the artist’s musical diversity compared to her hardened rhymes featured in singles “Help a Bitch Out (featuring O.T. Genasis)” and “Dale Gas (featuring Aleman.)”. Since then, she has released hits “Bilingue,” “Say Bitch” and her most recent viral track “BZRP Music Sessions #39” alongside Argentine DJ BZRP has garnered over 134 million views and a Latin Grammy nomination. Snow’s song “Esto No A Terminando (This Isn’t Over)” was featured in the blockbuster film The Forever Purge and she recently just collaborated with the multi talented rapper Ludacris and producer Drumma Boy on the track “I Said What I Said.” Along with a trailblazing musical career, Snow has garnered massive recognition through her YouTube channel vlog everydaydays and starring role as “Lil Traviesa’ or “Lil’ T” on USA Network’s massive hit Queen of the South.