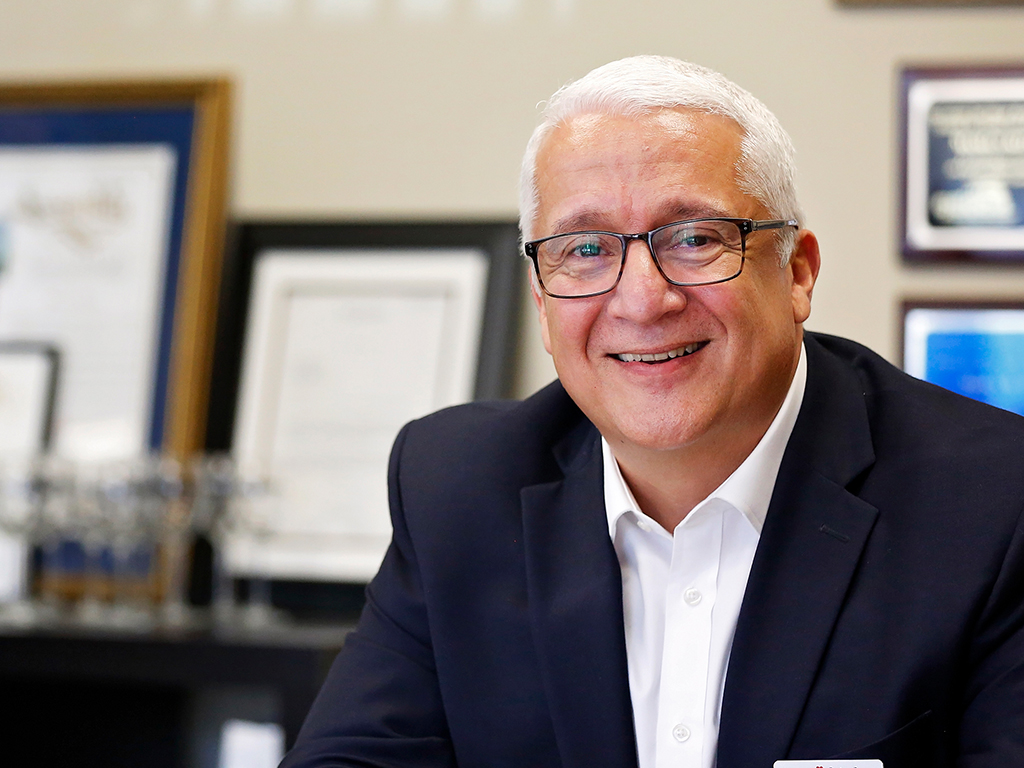 Alberto was born and raised in New York City is very proud of his Puerto Rican heritage. He moved to San Diego in 1983, after four years of service in the United States Navy. He served the USN submarine force on the USS Dace SSN 607. Soon after arriving he joined Dignity San Diego and also started volunteering with the San Diego AIDS Information Line (one of the first responses to the AIDS epidemic in San Diego).

He has worked in the field of HIV in San Diego for over 30 years. His work includes one of the first HIV prevention efforts in South San Diego County targeting the latina/o community, other HIV prevention efforts targeting communities of color, as well as involvement in the establishment in the first needle exchange program in San Diego County. He has served as Executive Director of Mama’s Kitchen since 2002. Initially focused on the nutritional needs of people living with HIV, Mama’s Kitchen has since expanded its mission to service people with critical illnesses, including HIV, cancer, congestive heart failure, and diabetes. In the process close to 9 million meals have been delivered to San Diego county residents.

Alberto serves on the San Diego County HIV Health Services Planning Group (over 25 years on and off), a group that prioritizes services and makes funding recommendations of federal HIV funds allocated to San Diego County. He is a founding member of the LGBT Community Leadership Council. Over the years Alberto has served on many nonprofit boards of directors including McAlister Institute, Being Alive San Diego, San Diego Men’s Chorus, Gay Men’s Chorus of San Diego, Latino Film Festival, Being Alive San Diego. Since 2013 he has been a coach to nonprofit leaders through the Fieldstone Leadership Network. He joined the board of San Diego Pride in February, 2019.

Alberto attended the University of Puerto Rico and earned a bachelor degree from National University and an MBA from San Diego State University. He sings second tenor with the San Diego Gay Men’s Chorus. Alberto resides in the College Area.