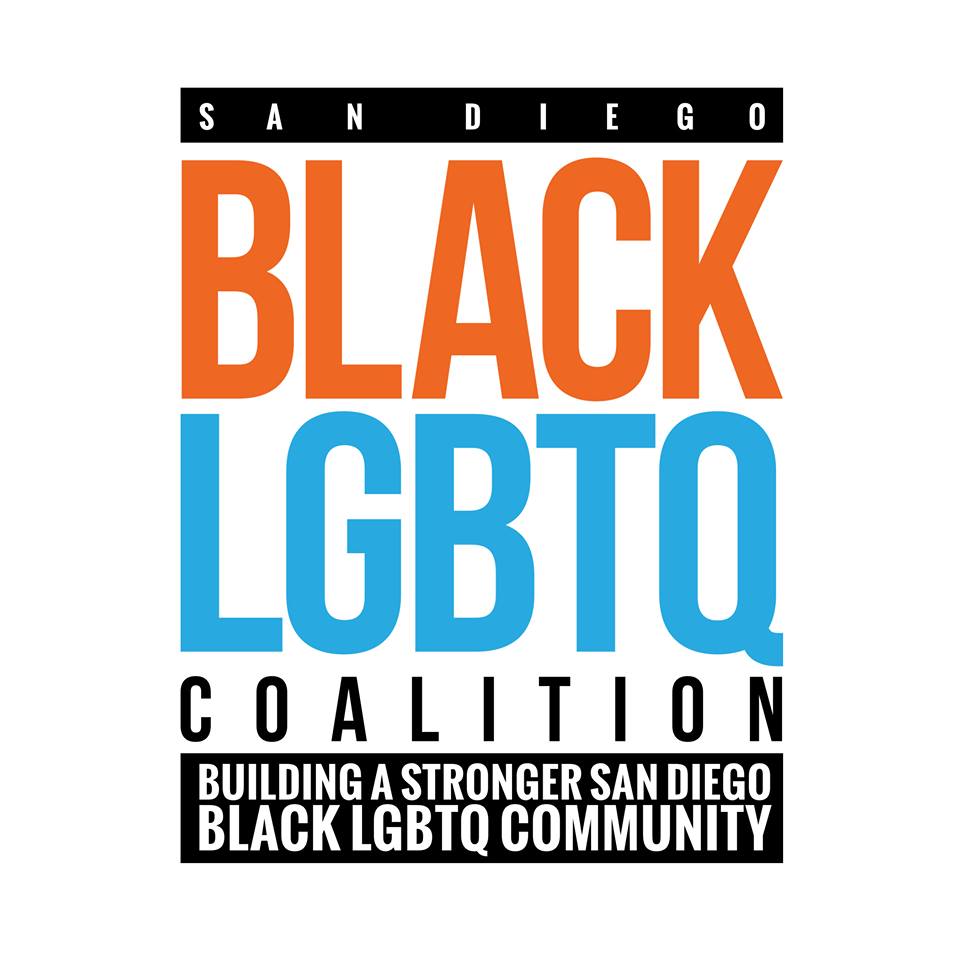 Stonewall Service: A group or organization which may or may not identify as LGBTQ but which has stalwartly supported the LGBTQ community over an extended period of years and/or has made an exceptional contribution in the past year.

The San Diego Black LGBTQ Coalition is a 501(c)3 organization and is the only Black LGBTQ nonprofit in San Diego. Established in 2015 by a group of Black Queer individuals who noticed both a lack of resources and an absence of a central united space for Black LGBTQ life, the Coalition was established to help provide that space to #ExistBlackly.

Our mission is to build a united front of diverse Black LGBTQ community members for our social, political and economic advancement by forming a central hub for San Diego Black LGBTQ Life. We serve to meet the needs of the community by sharing resources, participating in events, groups, and social events that support a “strong, sustained and connected” Black LGBTQ community.

Over the last year, we have expanded to include creating a resource list of Mental health providers and organizations that serve the Black LGBTQ community. We fostered San Diego’s first Emergency Black Transgender Fund for Transgender, nonbinary and gender nonconforming individuals who need emergency assistance with housing, food, and access to their gender affirmation care. We are launching our Damon J. Shearer Academic Scholarship Fund to help support Black LGBTQ students receive their education. We started a Transformative Justice Skills Building Group and begun providing anti-Black racism and LGBTQ trainings to partners and other organizations committed to doing the work to establish equity and justice. During the pandemic, we interacted with partners to host events, our Zoom Townhall, our Virtual Engagement Forums and began filming our Black LGBTQ Lives of San Diego documentary to be unleased this summer, even acquiring non-profit status. As we start to see the other side, we have resumed in-person events, helping San Diego Pride with vaccinations to the community and returning to provide a space to bring the Black LGBTQ community together again.

The San Diego Black LGBTQ Coalition will be honored at the Spirit of Stonewall Rally on Friday, July 16, 2021. Learn more about the rally, the other awardees, and the event here.