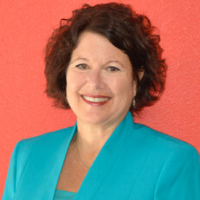 As a Jewish child, Rabbi Laurie Coskey remembers her mother and father giving of themselves in the community — trying to create a more just world. Today she is an accomplished community leader with over 30 years of experience developing and directing programs to positively impact the lives of San Diego residents.

She came to San Diego as a newly ordained Rabbi in the mid-1980s and began officiating at same-sex commitment ceremonies at a time when the laws lagged far behind justice. Rabbi Laurie has utilized her position as a leader and clergy to promote some of the most important civil rights issues of our time, particularly around the gains, and sadly the losses, of San Diego’s LGBTQIA community. This activism earned her the much cherished Friend of Pride award in 2010. She has passionately advocated for Workers’, Immigrants’, Women’s and LGBTQIA rights, as well as for Racial Equality. As a veteran organizer, together with coalitions of committed individuals and groups, she has utilized some of the most creative and strategic means of turning the lights on to injustice.

She is an active member of Rotary 33 and has enjoyed giving back to the community through board leadership including the Union Tribune Community Advisory Board and the San Diego Convention Center Corporation. Rabbi Laurie completed her undergraduate studies at Stanford University. Thereafter, she was among the early trailblazers of women in the clergy and was ordained as a rabbi at Hebrew Union College. She then earned her doctorate in Leadership Studies at the University of San Diego. She is the proud mother of two grown sons blazing their own trails toward social justice and partner to Beth Kransberger.

Rabbi Laurie believes that in every arena, as individuals and organizations, we must lift our voices for justice, dignity, equity and inclusion for all people and use our collective voices to influence policy makers and decision makers to act justly.