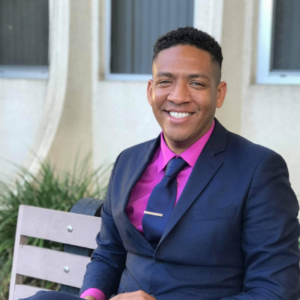 Marcus Bush is a proud Father of 2, community activist, and the first openly-LGBTQ councilmember elected in National City, CA.

Marcus grew up in National City and earned his Bachelor of Arts in City Planning from San Diego State University and Master’s in Real Estate Development from Portland State University. Marcus has served in numerous leadership roles in National City including serving on the Civil Service Commission, Board of Directors for the Chamber of Commerce, President of Rotary Club, and Planning Commission, where he became the youngest Chair in the City’s history at 26.

Marcus has over a decade of experiencing of community activism and work, including working with labor in opposing Prop 8 and supporting the Manchester Grand Hyatt Boycott; working as an urban planner in both the private and public sectors on environmental, transportation, and land use issues; and serving as a Policy Advisor for Councilmember Georgette Gomez, the first openly-queer Latina to serve as Council President for the City of San Diego. Currently, Marcus works as a Project Manager at the MAAC Project, developing affordable housing.

In 2020, Marcus was elected to City Council in his hometown of National City and made history as the first Afro-Latino, first Millennial, and first openly bisexual elected in San Diego County (along with San Diego County Supervisor Terra Lawson-Remer and Chula Vista Elementary School District Trustee Kate Bishop).