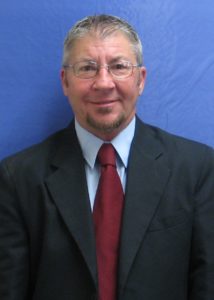 Champions of Pride- Conner Maddocks
Connor Maddocks has been doing advocacy and civil rights work in the San Diego Transgender community for the past 12 years.

He is the lead facilitator of the San Diego FTM-SO Discussion group, and is an active guest speaker to various organizations, businesses and colleges on Transgender issues. He has done extensive trainings on all aspects of the Transgender Community as well as workshops for the community on legal name and gender changes.

He also works to provide trainings to the San Diego County Sheriff’s Department, and in 2015 he began working San Diego Police Department doing the very first trainings on Transgender issues for the department, training the police officers in every division in the city.

Connor is currently employed by the San Diego LGBT Community Center as the Facilities Manager and Program Coordinator for Project TRANS. He is also the parent of 3 daughters and grandparent to 8 beautiful grandkids.