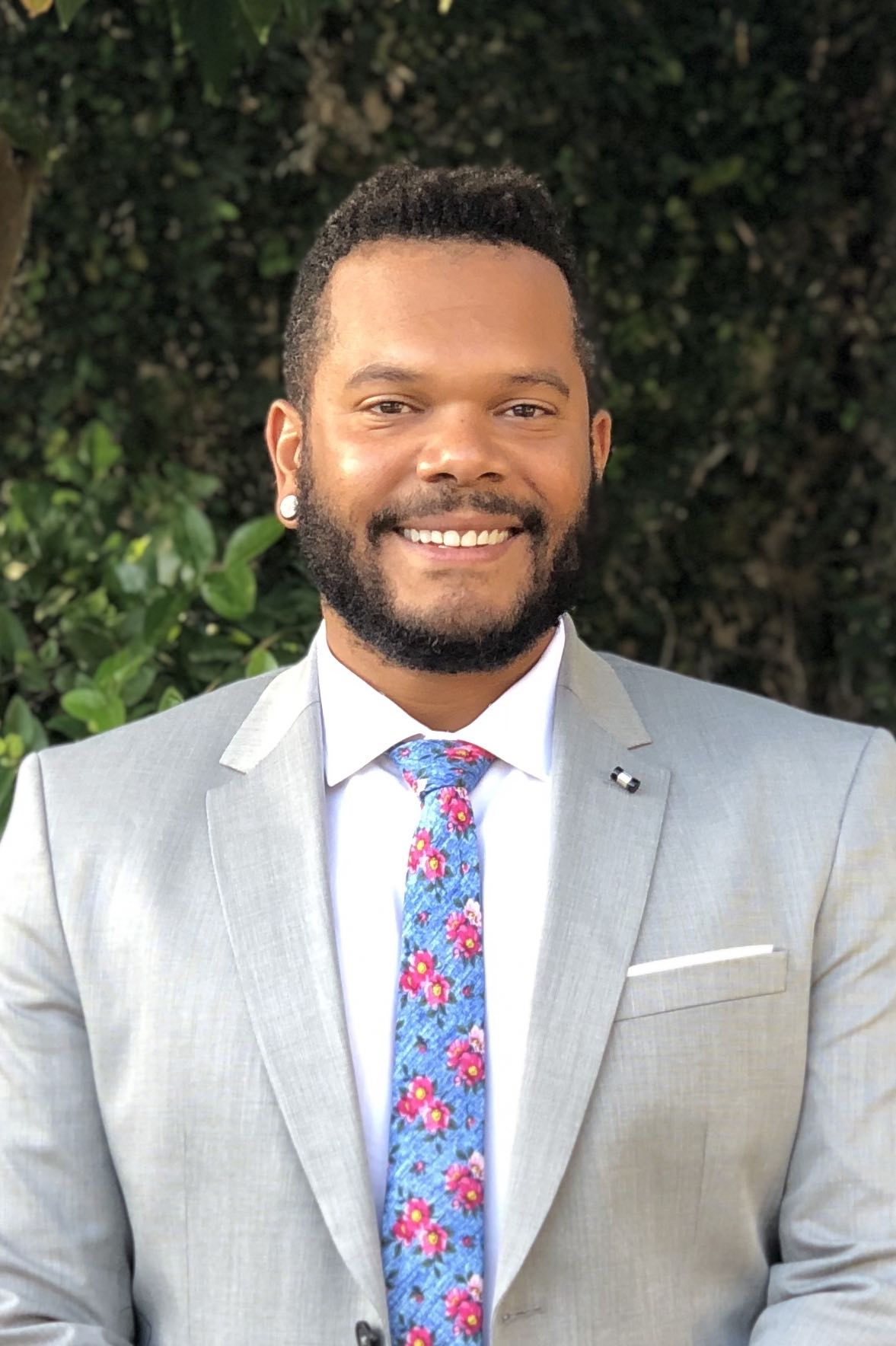 David Thompson, Jr. has spent his career attempting to dismantle systems of racial and social injustice through his lens as a queer, Black, educator working for non-profits, in higher education and secondary schools. He is the current Director of Diversity and Community Life at The Bishop’s School, a grade 6-12 independent school in La Jolla, where he’s worked since moving to San Diego in 2013.

David is from Philadelphia, PA, where he grew up the son of a retired city police officer and school secretary. He graduated from Lehigh University in 2006 and studied Psychology, Sociology, and Religion Studies. Upon graduation he worked at a local Boys & Girls Club in Easton, PA as the director of a teen center and a program coordinator for gang-affiliated and at-risk youth. His passion for youth outreach and engagement grew through that work, and entered the field of higher education admission, hoping to bridge the gaps between high school and college for marginalized youth. After serving as Assistant Director of Admission and Assistant Director of Diversity Recruitment for Lehigh University, and then as Assistant Dean of Admission for Swarthmore College, he gained further understanding of privilege and access as tools for creating change in our society.

David believes that when people in positions of power have access to the stories and narratives of the most marginalized, they gain the agency to make change that benefits the often ignored. His connection with the stories of disenfranchised and underserved people and communities has allowed him to raise silenced narratives. As an activist he has opened doors for Black, Latinx and Hispanic, Queer and Trans people in his community. He began volunteering with San Diego Pride in 2015 and since has helped with youth programs, served as a mentor, assisted with programming, and was co-manager of the festival’s community partners.

David resides in Normal Heights with his dog Millie, where he enjoys gardening and quiet walks along Adams Ave. He is an avid reader and James Baldwin enthusiast. He sees his role on the Board as one more avenue to learn about and uplift others, and looks forward to new ways of expanding Pride’s outreach and mission, while educating people on the organization’s various tools and programming for supporting the region’s intersectional LGBTQIA+ community.