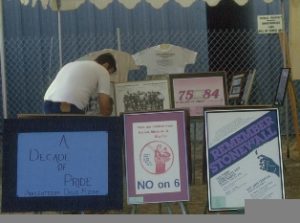 Doug Moore has done more for Pride history than anyone in San Diego.* Early on, Doug realized the importance of keeping and recording the history of the San Diego Pride movement. For decades, while others were throwing away posters, programs and memorabilia after Pride was over, Doug was collecting them and filing them away. Pride has been important to Doug from the beginning, and he foresaw a day when future generations would want to look back on the history of San Diego Pride. 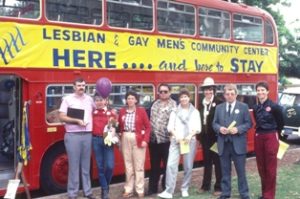 Doug started with Pride in the ‘70s, back when Pride was organized and put together by an ad-hoc committee each year. He realized, however, that there was a need for a stable organization to take over the event so that planning could happen year round. The first Pride organization, The Lesbian and Gay Men’s Pride Alliance, only lasted two years. After that, Doug decided to found Lambda Pride.

Lambda Pride incorporated, applied for non-profit 501(c))3 tax status, and tried to professionalize. Some great things were accomplished by Lambda Pride, but after a couple years, Doug realized that there were some fundamental problems with the organization. 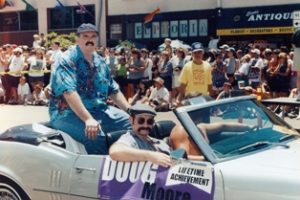 There was too much turmoil on the Board. Year after year, an almost entirely new group of people would join the Board, only to leave after their first year. This meant that the Pride Board of Directors constantly had to reinvent the wheel because there weren’t enough experienced people to plan the event.

Doug calls it the two-year cycle. It seemed like they would have a good year, then the next year would be a disaster. Then the next year, it would be a success again. Eventually, in the mid and late ‘80s the cycle started getting faster and San Diego had year after year of failed events. 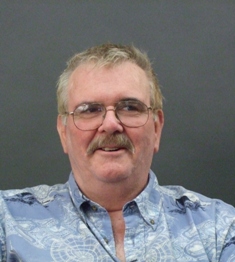 Doug felt that San Diego deserved a Pride organization that would be successful and stable. He got his wish in 1989 when Christine Kehoe and others formed the 15/20 committee, which would eventually become the San Diego Pride we are familiar with today. Doug continues to serve on the board of Directors as an emeritus, where his long years of experience and knowledge of our history often comes in handy.

*It should be noted, that without Doug’s assistance this project may have never gotten off the ground. His notes and initial interviews provided a foundation from which the project could start.