Spirit of Stonewall Award – Champion of Pride
An individual or couple who has demonstrated outstanding leadership in the LGBT community over an extended period of years and/or has made an exceptional contribution in the past year. 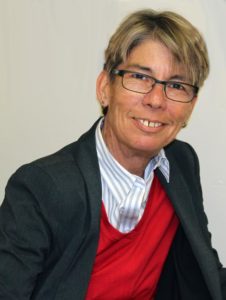 Dr. Delores A. Jacobs is the longest-serving chief executive officer of The San Diego LGBT Community Center. Well-known and respected for her commitment to creating innovative collaborations between a variety of sectors, Dr. Jacobs is looked to as a strong voice and committed partner for social justice issues. Her passion for honoring intersectionality helps address issues like HIV/AIDS, LGBT equality, safe schools, racial justice, immigration reform, access to health care and more. She also played a leading role in the fight for marriage equality at the local and state levels.

Dr. Jacobs first joined The San Diego LGBT Community Center part-time in 1998, following her successful career in academia and in private practice as a clinician and research consultant. She served as the director of The Center’s Behavioral Health Services before being selected as its chief executive officer in 2001.

With Dr. Jacobs at the helm, The Center has developed its programming to include on-site HIV and Hepatitis C testing. She also headed an expansion of the Hillcrest Youth Center, established the nation’s first Latin Services Department at an LGBT community center, and created the Sunburst Youth Housing program for formerly homeless LGBT youth. She successfully spearheaded the return of the AIDS Walk San Diego and established Families @ The Center, Project TRANS, the Young Professionals Council Academy, the Seniors 50 and Better project, and the upcoming senior services at the Senior Housing Project.

With over 16 years of exemplary vision, leadership and commitment, Dr. Jacobs has increased and enhanced The Center’s scope of services, its community collaborations and its influence within the larger San Diego community. Since Dr. Jacobs joined The Center, it has grown from a $2 million dollar budget into a $6 million dollar organization with more than 55 staff members and 1,200 volunteers.