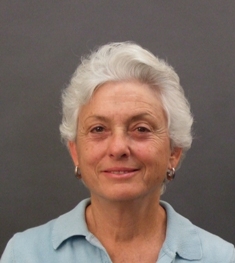 San Diego Pride wasn’t Judi Schaim’s first choice when she decided that she wanted to give back to the community by volunteering some of her time. A civic-minded woman, she wanted to give back by serving on the Board of Directors at the Center. Unfortunately for the Center, but fortunately for Pride, she wasn’t able to do so because her then-partner was a staff member at the time. So instead she joined Pride’s Board of Directors and served for nine years, including a term as Co-Chair.

During her time on the Board of Directors, she and Pride weathered a number of changes, including separating from the Center in 1994 when Pride incorporated as its own 501(c)3 organization. Pride had grown and become financially solvent and was ready to stand on its own two feet.

That same year, former mayor Roger Hedgecock tried to force Pride to allow his anti-gay “Normal People” contingent to march in the parade. Hedgecock had once been seen as an ally to the LGBT community when he was in office but had since drifted to the right as a conservative talk show host. He took Pride to court to force Pride to allow his contingent to march and lost his case. Judi proudly recalls that it was one of the first examples of a major court decision in favor of San Diego Pride.

During her tenure on the board, Pride was the victim of another, more direct attack when someone set off a tear gas canister during the parade. It was timed to interrupt the Family Matters contingent but only created a temporary halt to the parade.

As Co-Chair, Judi believed that it was important for San Diego Pride to become part of the larger Pride community. She advocated for a heavier involvement with the Consolidated Association of Pride, Inc., and its international counterpart, InterPride. Since then, San Diego Pride has taken an active role in both organizations, holding many leadership positions and providing smaller Pride organizations with advice and aid.

She believes that the rally is the most important part of the Pride events. It’s the political part of the event which serves to unite the community to come together for a common cause and helps the community fight for its rights. Despite the gains we have made politically, there are still many injustices facing the LGBT community.