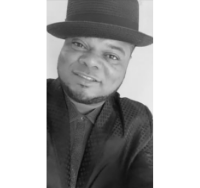 Kori Richard Gillis comes from a musical family and grew up in East Chicago, IN. After joining the US Navy during the era of “Don’t Ask, Don’t Tell”, he auditioned and secured a position as a lead vocalist for the US Navy Band. Kori performed in over 30 countries around the world, connecting with audiences through the power of music.

After his military career, Kori moved to San Diego, CA and continued his work as an entertainer around Southern California. In addition to performing as the lead male vocalist with the entertainment company, Republic of Music, Kori also volunteered his time as a member of the San Diego Gay Men’s Chorus. Since 2013, Kori has performed with SDGMC in countless shows and performances, spreading the message of love and using his voice to add to a group that is dedicated to being a dynamic force for social change.

Currently, Kori continues to perform with SDGMC and has also started the production company KoGee’s Soul Reprise (KSR) where he performs with other artists in the LGBTQ community in “Soul Of A Decade”, a show that unifies and connects audiences through the power of soul music.