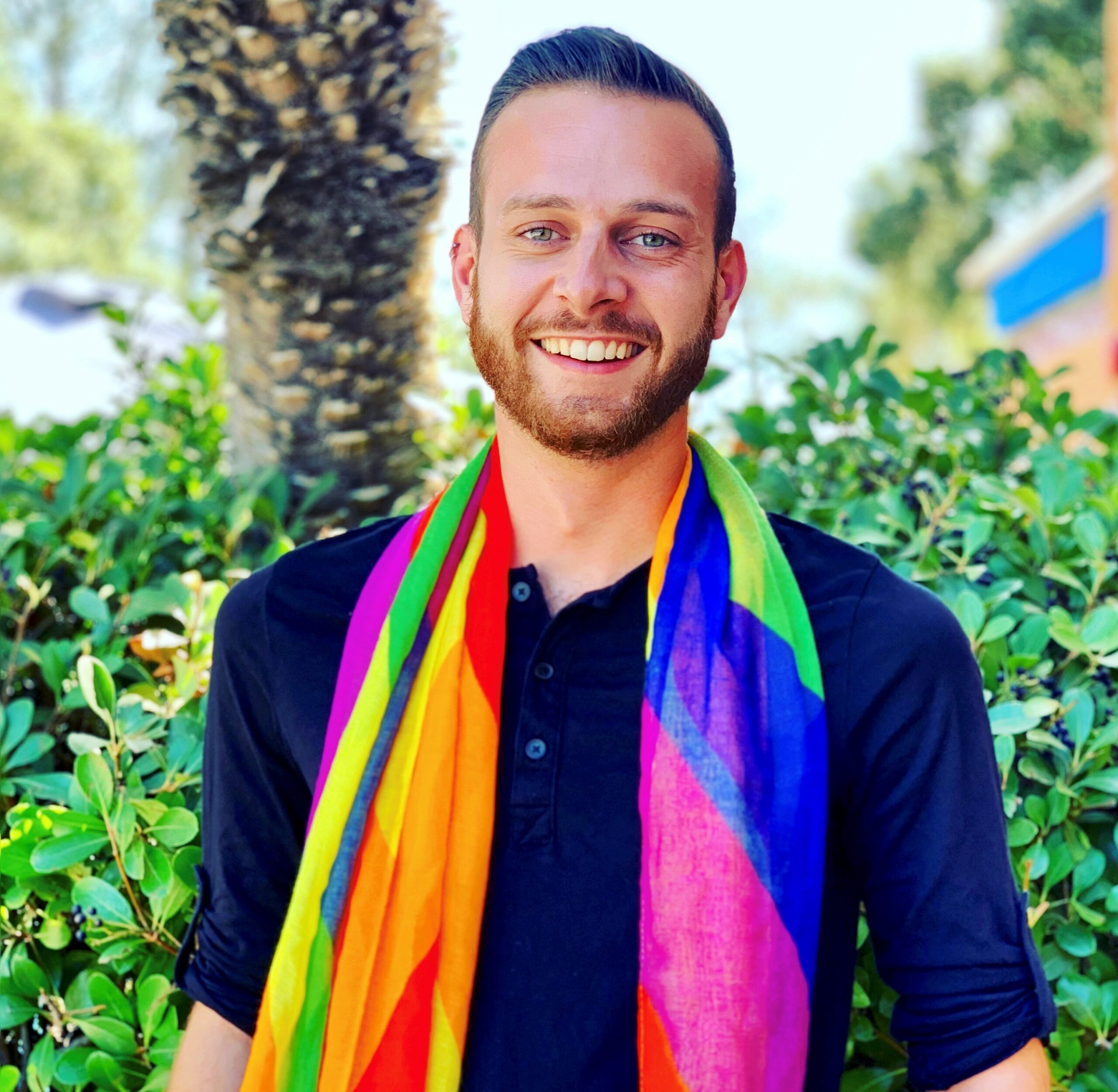 Originally, from Washington State, Mark moved to San Diego with his partner, Ben Mendoza in late 2013. Mark’s first San Diego Pride was in 2014 and he began volunteering with Pride in 2015. Mark has volunteered at Pride at Festival Entrance, Entertainment, Exhibitor Relations, Pride 365, Parade management, and Festival management roles.

Mark enjoys living in San Diego and when not working he can be found taking advantage of the many benefits of San Diego. He is a 2018 graduate from the Center’s Young Professionals Council (YPC) Academy and a 2017 and 2020 San Diego Pride Volunteer of the Year. Mark enjoys finding new places to eat, celebrating Sunday Funday and enjoying the amazing community of queer folks here in San Diego.

Mark is proud to work for San Diego Pride, an organization he believes, walks the talk of valuing diversity and inclusion and hopes you will join him in volunteering at San Diego Pride.