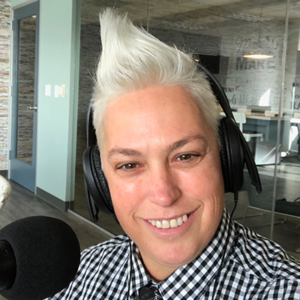 Community Grand Marshal: An individual or group that has demonstrated outstanding leadership in the LGBTQ community over an extended period of years and/or has made an exceptional contribution in the past year.

Moe Girton started her career in 2000, where she started as a door girl/security and bar back at The Flame; eventually working her way up to Bartender and Manager. She also was named Miss Gay San Diego in 2003. The Flame sold in 2004, and she transitioned to be a part of the opening team with Baja Betty’s. Over the years, she grew within the company and eventually opened up the World Famous Women’s Bar Gossip Grill, becoming a partner in the MO’s Universe Restaurant Group and a pillar for the community. Highly accredited, Gossip has gone forward and achieved new heights, winning the Nicky Award for Bar of the year in 2019, the first time for a Women’s Bar. She is passionate about putting values first and continues to provide a safe space for Women & the LGBTQ+ Community. This is her chosen family and tribe.

Moe has received 6 Nicky awards including Business Woman of the Year in 2017 and has been featured in numerous documentaries and magazines including OUT, The Advocate, and Curve Magazine. She competed in a reality show called Barmageddon, where she came out on top as the winner. Moe believes in the importance of giving back, being an activist, and standing up for what you believe in. She has always been an active member of her community and has used her platform to help raise awareness and money for a variety of nonprofits and fundraisers; donating and raising hundreds of thousands of dollars.

12 years and a few more restaurants later, Moe, along with her business partners, are now opening another Female Forward space; Barrel & Board, a next-level Restaurant & Bar. Moe and the MO’s Universe family has teamed up with organizations such as The Center, San Diego Pride, HRC, and Red Dress Project to provide funds, time, space, and, of course, FUN for our community.

Moe will be honored at the Spirit of Stonewall Rally on Friday, July 16, 2021. Learn more about the rally, the other awardees, and the virtual event here.