Spirit of Stonewall Award – Stonewall Philanthropy Award
Awarded to a group or organization, which may or may not identify as lesbian, gay, bisexual, or transgender, but who has diligently raised funds to support the LGBT community over an extended period of years and/or has made an exceptional contribution in the past year. 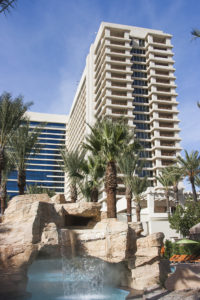 From community service and volunteer opportunities to corporate sponsorships and on-property programs, Harrah’s Resort Southern California has supported the LGBT community for more than a decade.

Harrah’s Resort SoCal’s corporate support for the LGBT community began in 2005 with sponsorship of the Macy’s Passport event, helping to raise funds for AIDS awareness programs in San Diego and Los Angeles. To continue support for AIDS awareness, in 2009 Harrah’s Resort SoCal opened up the opportunity for company teammates to join The Center’s AIDS walk, paying for entry fees for the employee and a guest. That same year, the property became one of the first resorts in the region to offer the location as a wedding site to the LGBT community.

In 2010, the property served as a sponsor of the annual Human Rights Campaign Gala and offered financial and volunteer support for Bowling For Equality. Harrah’s Resort SoCal is also a current financial supporter for the San Diego LGBT Center Casino night.

In 2012, Harrah’s Resort SoCal joined the march in the annual San Diego Pride Parade. Since then, their support has grown to sponsorship level participation, including a float and countless volunteers over the past five years by walking and supporting the event. Harrah’s Resort Southern California is proud to be an equal opportunity employer who offers support for the LGBT community in many different ways.