“You’re Straight. So What?” by Zandile K. Rammekwa

You’re Straight. So What?
By Zandile K. Rammekwa of Botswana 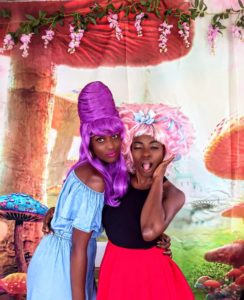 As Pride week approached, I was anxious about the conversations pursuant to us visiting the San Diego Pride offices. The announcement that we were going to visit the offices as part of our Fellowship schedule was met with some shock. In a group of 25 African students, such a reaction was expected. Most us come from very traditional and patriarchal societies where being a man has very strict definitions. I did anticipate some reservations, but to my surprise,  the group was able to learn about and empathize with the LGBT community.

Forty percent of homeless youth are LGBTQIA identified who have been thrown out of homes because their families do not accept them for. That figure is both alarming and gut wrenching. How do we as Christians rationalize disowning a family member? I always say that we as Christians may be the most hypocritical when it comes to sin. We overlook our own sins, yet are quick to throw stones at our neighbours. Which part of the bible do we read and which do we choose to ignore? “Love thy neighbour” clearly has terms and conditions.

Whenever a conversation regarding sexual orientation starts, I cringe because some people compare homosexuality to pedophilia, which justifies their ignorance and phobia. I have a similar reaction to whenever white people feel the need to say they have black friends.

I counter the pedophilia arguments by stating that it cannot be legalized because it is illegal and immoral to have sexual relations with a minor. This point is usually enough to sway the conversation or give me an opportunity to walk out before I have to point out that my best friend is gay. I prefer to leave because having to mention that I have a best friend who is gay is like becoming an exhibit in a museum. But people who are gay and their allies are not specimens to gawk or prod at. 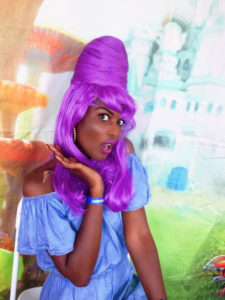 Usually, however, if I do reveal that my best friend is gay, the tone of the conversation changes and the people with whom I am speaking often become more sympathetic because now there is a real person in the situation; but why should there now be more understanding given to another person just because I mention that there are real feelings involved? Why can’t our humanity be practiced regardless of whether your sister is lesbian or not?

I am a straight ally to the LGBTIQ+ community in a country where being different is always met with discomfort and open ridicule. We as humans need to check our privilege and be open to each other’s common humanity. If we were to see the souls of people before we saw their faces, then maybe there would be less hate in the world.