We were honored to have the following speakers address the community about our many progresses and challenges in the 2016 Spirit of Stonewall Rally. 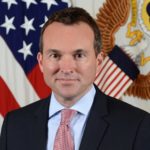 On the heels of his historic confirmation by the U.S. Senate as the 22nd Secretary of the U.S. Army, Eric Fanning will take the stage as keynote speaker at Friday’s rally and serve as one of San Diego Pride’s Honorary Grand Marshals for the parade on Saturday.

“I am humbled to be the keynote speaker and an honorary Grand Marshal.  As our community moves forward, we strive for full inclusion of all Americans who can do the job, and just want an opportunity to serve the Nation they love.” –Eric Fanning. 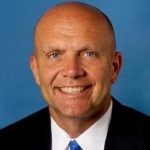 Mike Dee is the President and CEO of the San Diego Padres since July 2013. Since his return to San Diego, Dee has led the effort to revamp the organization’s baseball operations philosophy, overseen ownership’s commitment to renovate and improve Petco Park, spearheaded the club’s successful bid for the 2016 Major League Baseball All-Star Game and focused on transforming Petco Park into a 365-day, year-round facility with a variety of different events beyond Padres baseball.

Reverend Shane Harris
The Black and LGBT Intersection – Standing Together 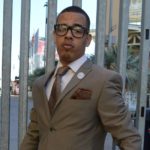 Reverend Shane Harris is the founder and organizer of National Action Network San Diego. He works with both the Western Regional Director, Reverend K. W. Tulloss, and the founder and president of the National Action Network, Reverend Al Sharpton. He was born and raised in San Diego, CA, in the southeast region. Like many of the youth in that region of the city, he encountered the challenges of gangs, drug use, denial of self worth, and educational development. He also had the additional challenges resulting from the loss of both parents before the age of 16 and ending up in the foster care system for 13 years.

Jennifer Restle
The Intersection of Disability and Bisexuality 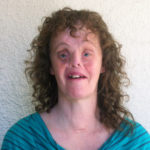 Jennifer Restle lives at the intersection of disability and bisexuality, using her voice to challenge societal beliefs in spaces where both communities often go unseen.  She facilitated the San Diego Bisexual Forum and started the first Bi+ Coming Out Group at The Center.  Currently, she is a dedicated member of San Diego Pride’s Accessibility Team, writes the blog “People Aren’t Broken” and is the CFO for Disability Rights California’s Board of Directors.  In acknowledgement of her contributions, Jen was named one of eight LGBT disability rights activists of note by AfterEllen and was invited to the White House. 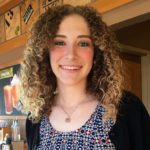 Lily Rubenstein is a 16-year-old transgender activist from San Diego. She has appeared on the Emmy-nominated “This is Me” documentary  series, TRANSPARENT, HBO’s LOOKING, People Magazine, CBS, France 24, and “I am Cait.” She also speaks at school staff meetings and diversity trainings, and is on the Mayor’s LGBT Advisory Board. She enjoys advocating for the transgender community and hopes to make positive changes. In her personal life, she plays competitive volleyball, and volunteers for the Friendship Circle and Canine Companions for Independence.

Jen LaBarbera
The History of Pride 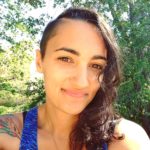 Jen LaBarbera is the Head Archivist at Lambda Archives of San Diego, the LGBTQ community archive for San Diego and Northern Baja California. Prior to entering the library/archives field, she spent 6 years working as a political organizer for reproductive justice, and brings that intersectional lens to the work of collecting, preserving, and teaching the LGBTQ history of our region. She has developed LGBTQ history presentations for local schools and community groups, and recently presented at an international information studies conference about connecting social justice activists with the archival records of their predecessors. When she’s not working, Jen can usually be found writing, running, doing yoga, or hanging out in her backyard with her partner, Alex, and their dog.