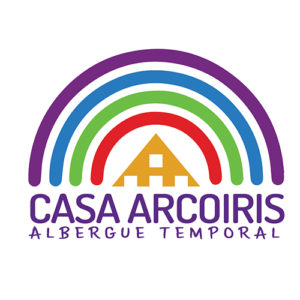 Stonewall Service Award: A group or organization which may or may not identify as lesbian, gay, bisexual, or transgender, but which has stalwartly supported the LGBT community over an extended period of years and/or has made an exceptional contribution in the past year.

Casa Arcoíris formally opened its shelter for LGBT+ migrants in February 2019, after several months of supporting and housing the large numbers of migrants arriving to Tijuana en masse during a migratory crisis that grabbed international headlines and completely inundated Tijuana’s social services. A committed team of local activists and a strong network of binational organizations have been key to ensuring that Casa Arcoíris residents receive not only housing, but also psychological support, medical attention, social services and comprehensive legal services from LGBT+ professionals.

Since the opening of Casa Arcoíris, the nature of crisis has been changing constantly, and, as we are all experiencing now with COVID-19, continues to do so. However, one thing remains constant: the numbers and the needs of LGBT+ migrants whose lives are in danger and seek humanitarian protection are growing.

Casa Arcoíris’ work will not be done while the border stands. But what many in this divided region often forget is that the border does so much more than prohibit some from moving across; it also completely reshapes our imagining of the world and how relationships, both personal and institutional, happen across it. We are grateful that many have resisted this sinister and sometimes subtle power of borders and that they extended genuine solidarity across it. Nonetheless, it is clear to those working for LGBT+ and migrant’s rights on this side of the wall that there is still much work to do to connect the struggles between those in Tijuana and San Diego.

While there have been many challenges, those of us working at Casa Arcoíris see its formation and continued success as testimony to the power of grassroots LGBT+ activists to create long-standing, binational solidarity projects, even in the face of repression and crisis on an international scale. The support of countless individuals, organizations, and foundations have made it possible for Casa Arcoíris to continue this crucial work, and to have this work recognized through the Spirit of Stonewall Award is a great honor. We hope it is a sign of growth of the regional LGBT+ community’s commitment to international solidarity.

Please consider contributing or sharing within your networks the work that Casa Arcoíris is doing, and consider supporting an LGBT+ asylum seeker during their process of building a new, safer life in the United States.

Casa Arcoíris will be honored at the virtual Spirit of Stonewall Rally on Friday, July 17. Learn more about the rally, the other awardees, and the virtual event here.